Brendan O’Driscoll runs Soundwave, a small start-up out of Dublin, Ireland, and while Ireland has had its share of attention as a hotbed of tech start-ups, today the hot start-up is getting hugely more attention than in the past. Soundwave, a finalist in the EY Entrepreneur of the Year Awards, one of the few companies to have its product launch on the new Google Wear (at Google i/O), backed by entrepreneur Mark Cuban is already fielding acquisition inquiries, one year after launch.

The key to all this kudos is music. In the past few months Facebook announced Facebook Audio ID, Apple bought Beats and Google followed with the acquisition of Songza. Music has suddenly taken centre stage in the battle of the tech titans and Soundwave, which launched a new version of its platform this week, is one of those start-ups that could well be swept up in the next mad-dash for user-engagement.

According to Patrick Reynolds, chief strategist at Triton Digital, a company that supports digital transformation in the radio and digital music industry, the answer lies in the ubiquity of music as a past time,

“Audio is a bedrock activity,” says Reynolds. “Video requires a level of attention whereas the difference with audio is you can listen to it, hear an ad, and do all the other things you do on a smartphone, play games, read or use an app, while the music lives in the background.”

To underline the importance of music on mobile, Reynolds points out that T Mobile just announced that its customers can now tap into digital audio services without eating into their data plan. Audio is set to be even more pervasive.

Each of the tech titans is teasing out their best chance of securing and extending their engagement with audiences and music suddenly looks like the best route for that. Reynolds also points out that the Apple-Beats and Google-Songza acquisitions seemingly came from nowhere. 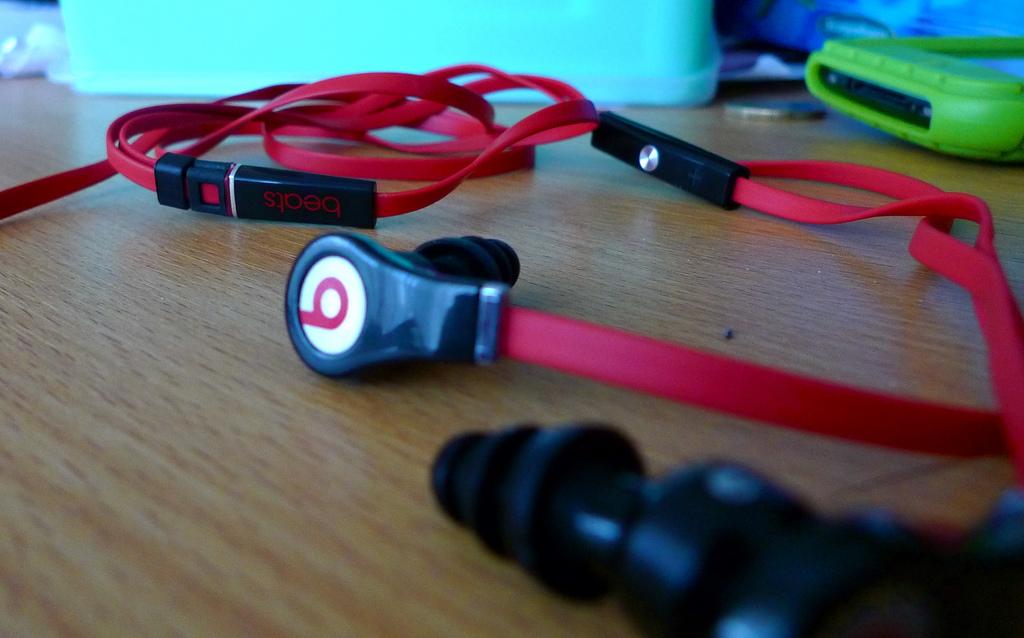 But while music is once again in vogue something deeper is happening in the way that content and connection are managed, according to O’Driscoll. What’s really at stake is who gets to manage, or host, the link between conversation and purchasing.

To the folks at Triton, this is the moment for digital advertising to come good – on audio.

For the folks at Soundwave advertising is by no means going away but more significant is the combination of audience, content and conversation as a place for commerce.

Underlying this change, here is also a switch in consumer  attention away from text towards audio and video. Triton, along with Edison Research annually surveys viewing and listening habits. In their 2014 study Edison concluded:

“The continued penetration of smartphones in America is changing behavior significantly. We are now seeing activities that were dominated by desktop usage in 2013, flip dramatically to become mobile behaviors.

And that seems to include this switch to audio-visual services.

Advertising around text-based content is now a notoriously difficult business model. That’s in part because of a profound change in how we read. People are accessing more and more text-like content, just like this article, but fewer and fewer people are actually reading what they find.

According to research from Chartbeat, over 40%  of people check out of an article before they even view it, and then more leave as they scroll.

Perhaps more damaging in the long run is the fact that people are reshaping their content habits. A recent study published in Nature magazine showed that many scientists, a key group of knowledge experts, have now reached the limit of what they can reasonably consume. They are perforce becoming more jumpy  or power-browsing in an attempt to keep up.

The rest of us have no excuse, or even any reason to find one. We jump around text more than ever, forming completely new cognitive patterns that simply don’t resemble our old practices of reading and learning.

Amid such profound change, music is a reversion to tradition. In fact so too is video. We look and we listen in pretty much the way we always did – and one reason for this difference? Humans are not wired to read. We have no gene for it. We are wired to see and hear.

That difference is beginning to tell in the battle for attention. What people want, it seems, is music, and more of it. Only, they want it parsed by other humans and they want to interact around it, a need Soundwave wants to fulfill.

If you were an advertiser you might call the water cooler effect “word of mouth” but in a more anthropological sense it is community, a place to go to without interruption from external forces like ads and a place to engage effortlessly with the senses and with friends.

The tech-titans have been slow to adapt to this.

For Facebook users, the perpetual scroll of newsfeeds has become routine, if not boring. Apple’s iTunes, like its App Store, is vast and lacks both freshness and accessibility. Google has the algorithms to identify your music needs but lacks the human touch, and now, in a general backlash against tech-as-culture, the human touch seems to matter once more.

Facebook hosts billions of conversations and its Audio ID can now add consumable, purchasable content to them. It uses your smartphone microphone to identify the music or video that you are watching and to  include it in your status updates.

Apple, as we know, lacked a streaming music service and curation and bought both with Beats, along with subscriptions.

Google needed to bring community to music and the best way to do that is, as Apple also decided, through human curation, precisely what it bought with Songza.

Amazon has tried to get into the game with Prime Music but so far it is a tepid offer.

Even Twitter is rumoured to be getting in on the act with a possible purchase of Soundcloud.

In each case the tech-titans have brought some elements of conversation and consumption together but Soundwave has set out to be the complete the package, to create the water cooler for what we consume not just what we listen to.

Its value-added proposition, according to its founders, is that it works across all music platforms – iTunes, Google Music, Pandora, Spotify, you name it. The app automatically creates playlists from what you are listening to and then shares them inside communities and groups that you create or join.

Mark Cuban describes it as “as close as you can get to using real-time feedback to evolve into one of the most compelling music discovery apps ever available”. But music is only one product or service. O’Driscoll sees a future in using the content-consumption hosting platform across all forms of consumption.

The drift towards music might also be adrift towards a new shopping and buying paradigm, a reversion to an Amazon reviewer-type of experience but with close friends in friction-free communities that are not called Facebook or Google Plus. That is a big change. If the history of innovation is anything to go by Facebook, Google and Apple will be buying up more music start-ups to prevent it happening.