The simultaneous accessions added the following countries: Cyprus, Czech Republic, Estonia, Hungary, Latvia, Lithuania, Malta, Poland, Slovakia and Slovenia. Seven of these were part of the former Eastern Bloc, with one from the former Yugoslavia and the remaining two being Mediterranean islands. 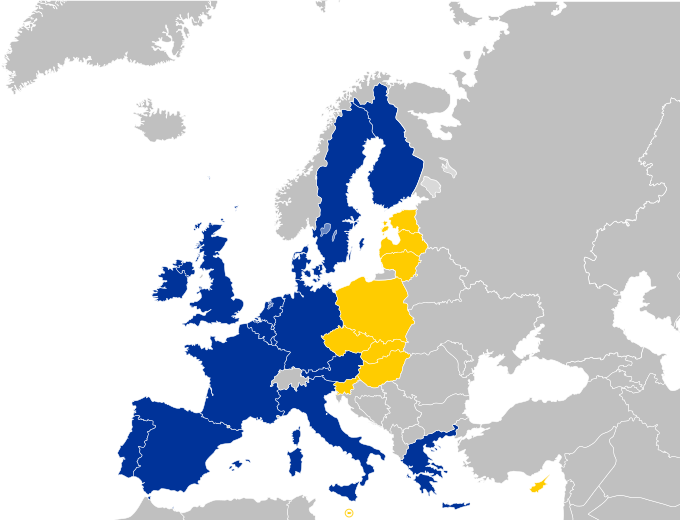 Ten years after the enlargement, the EU is still "digesting" the expansion of the common market and the turbulence of the crises. Now there are 28 countries in the European Union and GDP will expand by 1.5% this year and by 2.0% in 2015, according to new forecasts from the European Commission on February 25th. Across the 18-strong euro zone GDP will rise by 1.2% in 2014 and by 1.8% in 2015.

The euro-zone recovery will not be strong enough to make any real change for unemployment this year. If is forecasted to fall from 12.1% in 2013 to 12.0% in 2014. That labour-market slack will keep inflation low though the euro area is expected to dodge outright deflation. Instead inflation will fall from 1.4% in 2013 to 1.0% this year, rising to 1.3% in 2015.

The five currently recognized new applicants for EU membership are Iceland (applied 2009), Macedonia (applied 2004), Montenegro (applied 2008), Serbia (applied 2009) and Turkey (applied 1987). Theoretically all European countries could apply for membership, with within the current member states, it has been acknowledged that enlargement has its limits, the EU cannot expand endlessly.

For many of the Eastern member states, after the ravages of communism and the post-communist transition, it will take decades before they can raise their average wages to western European levels, and one reason for the EU to focus the cohesion policy on Eastern Europe in the programming period 2014-2020 is to support them in their development.