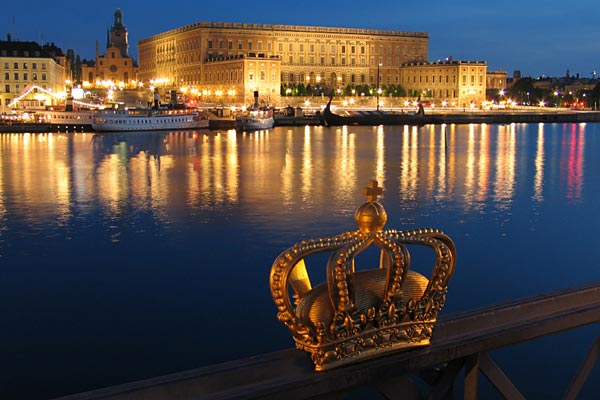 So you have arrived in Sweden. You look around to get your first glimpse of the Swedes in their natural environment.

The first surprise is that they actually do not look that much alike – even if they seem to all dress at H&M – and that they are not all as blonde and blue eyed as you expected. They are, however, not exactly exuberant and spontaneously outward going.

Sweden changes more rapidly and thoroughly than most countries. There is no sentimental clinging to history and no fear of trying new products, services and lifestyles, especially if inspired by the United States.

Add to this that around 20 percent of Sweden’s once homogeneous population now consists of first or second generation immigrants, a large part coming from non-European countries. Despite changing norms, some basic rules still apply as to how you should handle your encounters with the Swedes.

Silence is the dominant Swedish way of communicating, far from Latin gestures, vivid facial expressions and heated verbal exchanges. The laconic Swede is content to remain of few words.

When the Swedes are talking, the language is simple and direct. The message is the only important thing and no particular effort is made to enrobe the bare facts with polite or entertaining conversation. You do no need to try to be witty or eloquent. Just say straight out what you think in a simple fashion.  Not very amusing?  Well that is the price to pay for the uncomplicated social life.

Efficiency is, if anything, the main religion in a country where The Swedes around the year 1000 accepted Christianity reluctantly and where it has more or less disappeared without leaving much traces, a thousand years later.

«Swedish efficiency» consists of a constant strife for the simplest solution, the most direct method and the least usage of unnecessary resources. Be well prepared, have the tools within easy reach, don’t complicate things and get it done – as simple as that! A pragmatic attitude.

This search for common ground gives some strengths. The Swedes are a close-knit community where little time is lost on unnecessary quarrels.  It probably accounts for much of the successes of Sweden in the XIX and XX century: the smooth reforms and peaceful history, the absence of bloody revolutions and civil wars. Boring?  Well that is for you to decide.

The Future of Mankind

The Swedes – who think themselves anything but arrogant – believe their own culture is the most rational. And thus the best. Other cultures are not just different, but situated on a historically less advanced level. A condescending Swedish tolerance will, however, be generously applied to other cultures.

The Swedish culture is profoundly and obsessively democratic. It is seen as offensive and ridiculous to behave as one was more worth than others, more brilliant, more fortunate. Certainly there are upstarts in Sweden who flaunt their opulence or want to prove their superior intelligence or knowledge but it is sneered at in traditional Swedish circles.

You should dress, talk, behave, think and consume as everyone else.

Friendly – but not Polite

The Swedes are normally friendly, but it is not necessarily to be polite in any formal way. You might find the Swede rude, insensitive and too pushy – but this is a misinterpretation of the fact the Swede doesn’t want to waste neither your time nor his own.

Sweden is a country where confidence rules. Often to the limit of the reasonable. Everything said is believed to be the truth. This naïve gullibility is often taken advantage of by people coming from cultures where the truth is much more negotiable. But – important to note! Once the confidence is broken the Swede feels he or she has been personally betrayed. The Swede will not use harsh words but he will never again give his confidence to the person in question. Abrupt, not announced for everyone to hear, but for ever. In some cultures you have an argument, emotions flare up and then everything is forgotten half an hour later. Not so in Sweden. The injury and hurting words stay on forever. . So tread with care.

If you negotiate prices and conditions  – please put your initial offers very close to what you actually want to achieve. The Swede’s dislike – or just simply cannot perform – the commedia dell’arte of a long negotiation.  Where big margins are slowly sliced away after bargaining. When a Swede says no he means – No. No surprise there. End of story. Nothing more to be said. It is not a diabolic business stratagem to encourage you to lower the price further. You are eliminated. Take the next flight home.

Do not raise your voice, make aggressive comments or overly vivid gestures with your hands. Try to be soft spoken, to the point, simple. Do not attempt to interpret «what is said behind what is said» by the Swedes. What is said is all there is to it. So do not attempt to send or catch any subtle messages. Be clear and simple.

It has been said that only seven percent of a person’s message is transmitted by the voice.  The rest is all in various signs. In Sweden these signs should state you are calm, controlled, friendly and unpretentious.

Don’t try to attract too much attention to yourself. Neither in dress, manners nor by too clever by half arguments. Avoid to repeatedly say «I think, I have decided, I selected this» etc. Rather talk about your team.

Sweden is a country where the team is more important than the person at the top. (Though there are ways for the boss to decide, but by small means.)

If this gives the impression that Swedish decisions are clear and easily understood for non-Swedes, I have not made myself clear enough. (How typically Swedish!)

The Swedes between themselves understand what they mean without spelling it out.

The fears of conflict, the perpetual avoidance of heated exchanges are consequences of the strongest taboo in Sweden: Don’t say no.

The Swedes in an intuitive and indirect way – mystic if it wasn’t that Swedes are very non-mystic – arrive collectively at a joint solution. Various humms, nods and ja ja-sounds are used to manifest that everyone agrees. All participants understand what has been decided. No need to confront opinions or to say things without ambiguity. This saves time.

The hierarchical system is not seen as important in Sweden. So please address the young specialist in a t-shirt and sneakers at the end of the table and listen to him or her with the same attention as you do to the CEO of the company.

Do not Underestimate the Natural Swede

Do not underestimate the Swedes. The simple style, the lack of clever conversation, the dress-down style does not mean you deal with simple people.  They tend to be excellent hard-working and systematic specialists in their fields.

Let the Swedes finish their sentences.  Do not interrupt. Allow for a small pause  – to be sure the Swede has finished – and then say what you want to say.