Beginning in 2008, we have an ongoing financial crisis in the world which is the worst of its kind since the Great Depression. The crisis became prominently visible in the autumn 2008 with the failure, merger or nationalization of several large American based financial firms. The global economy suffers from this crises ever since. Yet, that it had to occur was inevitable.

The underlying causes leading to the crisis had been reported in business journals for many months before the crises became acute, with articles about the financial stability of leading U.S. and European investment banks, insurance firms and mortgage banks consequent to the subprime mortgage crisis.

The ever-increasing complexity of the mathematical models underlying modern trading and operations by hedge funds combined with the inevitable globalization of the economy were strong causes, where the models have reached a level of complexity that becomes impossible for one single individual mind to understand.

In Bearing we have a team who are working with risk management and regulatory consulting, and they are often consulted on the new regulations that have been introduced or sharpened as a consequence of what happened. Acronyms and labels such as Basel I , II and II, Solvency II, MiFID and recently EMIR are often consulted upon.

This autumn there  is a new movie out about the financial crisis, and this one is the best and most realistic I have seen so far. The movie is called Margin call and it depicts the last night of good times for the key people in an investment bank on Wall Street, and what happens over the following 24-hour period during the early stages of the financial crisis, as a deadly certainty about what is to happen travels up the executive ladder.

I think the movie is very good, as it brings in the viewer emotionally with a very clear dramatic development, worthy of a Greek drama from the antique age theater stages. You don’t need to understand a lot about the markets to follow the film.

The movie illustrates the complexity of the trading models in a chilling way, which can be grasped also by the laymen. I strongly recommend watching this movie.

One of the best movies about the crises was released in 2010 and became the Oscars winner for best documentary in February 2011. The movie is called Inside Job and it is a documentary narrated by Matt Demon. I re-watched it tonight.

Explored in five parts, Inside Job reveals how the policy environment and banking practices in combination with systematic corruption brewed a troublesome cocktail of financial distress. The movie argues that the American financial industry set out to deliberately defraud the ordinary American investor.

The film was selected for a special screening at the 2010 Cannes Film Festival, where I watched it for the first time. A reviewer writing from Cannes characterized the film as “a complex story told exceedingly well and with a great deal of unalloyed anger.“ 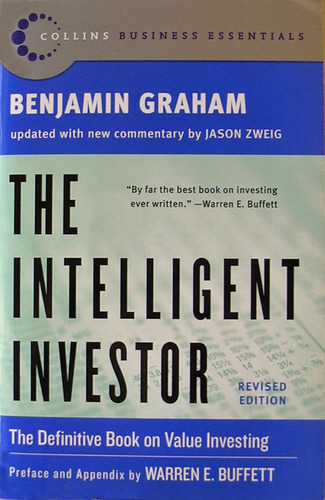 Watching these movies made me remember Benjamin Graham, who was one of the greatest investment advisors of the 20th century. Graham argued that investors should follow the philosophy of value investing, which would shield them from substantial valuation errors and teach them to develop long term strategies.

Well, by 2008 it seems most investors had forgotten the simple but very accurate lessons set out by Grahams in 1973 in his book The Intelligent Investor.

Already when I went to business school in the mid 1980s, the clear and fundamental lessons given by experienced investors such as Graham was forgotten for the Alfas and Betas of the Capital Asset Pricing Model (CAPM).  It was only in more recent years that I got to know about value investing from a wise friend who works as a private banker in Geneva.

The lesson? Wisdom in the financial world does not necessarily stem from the high tech investment banks, the quants and their advanced mathematical models. Very often practicing good common sense works much better.